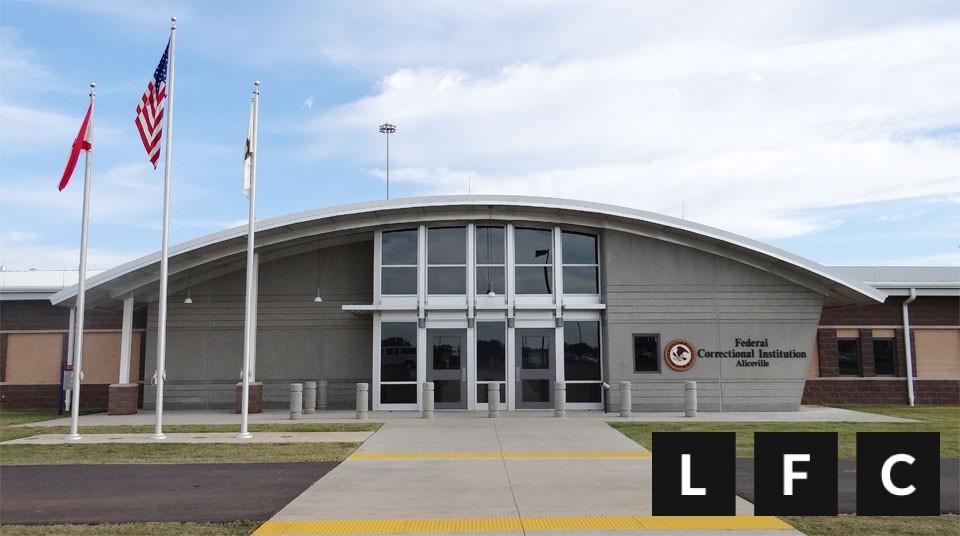 FCI Aliceville is a low-security federal prison with a population of 1507 inmates who need level three care support and treatment. This facility was founded in 1996 and is located in Aliceville, Alabama.

The FCI Aliceville provides its inmates who are having a hard time with drug and alcohol addictions with substance abuse treatment programs.

The inmates that are housed in this facility also have a number of programs available to them such as education, recreation and many more.

There is a roster on the website that you are able to search for a loved one in federal prison. You can either use the inmate’s nine-digit BOP Inmate ID number or the inmate’s personal information listed below to search the roster:

The FCI Aliceville encourages family and friends to stay in contact with loved ones in prison by sending them letters in the mail. Keep in mind that the prison staff examines all incoming and outgoing mail and packages so be sure there isn’t anything that would be offensive, threatening or sexual.

Inmates are allowed to receive books, magazines and newspapers in the mail. These items must be paperback, new and sent directly from the publisher to the prison.

Inmates need to get prior written approval from their authorized staff members to have their release clothing or medical devices sent to them. All other items cannot be sent from home.

If you would like to fund an inmate’s account so they can purchase items at the FCI Aliceville commissary as well as make phone calls you can use one of the three options listed below.

Money Order - Money orders need to be sent to a processing center in Des Moines, Iowa which is listed below:

The money order must have the inmate’s eight-digit register number and their full name on it.

Western Union - Western Union can be used to fund an inmate’s account electronically or at a location near you. You will need the following information to complete your transfer:

MoneyGram - MoneyGram can be used to fund an inmate’s account electronically as well. The information listed below will be needed to successfully transfer funds:

Inmates at the FCI Aliceville have permission to make phone calls to loved ones during the designated phone time. However, you will not be able to call them and keep in mind that all phone calls are monitored.

Most of the inmates make collect calls where the individual receiving the call is responsible for the fees that are associated with the call.

Inmates are allowed to have visitors. There is some paperwork that is required to be submitted by the inmate as well as the potential visitor before the visit. Once the paperwork is submitted and you will need to be approved.

There are strict dress code rules that must be followed at the FCI Aliceville. Please refrain from wearing the following articles of clothing: