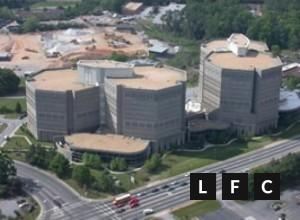 The Dekalb County Jail offers many programs. These programs include the following, but not limited to:

First and foremost, inmates are permitted to send and receive letters while they are in Dekalb County Jail.

You can deposit money online or you can come on down to the Dekalb County Jail and use the kiosk that is conveniently located in the lobby. The lobby will accept cash, credit, and debit card payments.

The Dekalb County Jail used Paytel for their phone service.

But, with the Dekalb County Jail using Paytel you will have an easier time keeping up to date with when their phone account needs money, how the money is being used, and who the inmate is calling.

Inmates in the Dekalb County Jail will only be permitted to have a 15-minute in length phone call, so everyone gets a chance to use the telephones.

The Dekalb County Jail knows you need some face to face time with your loved one who is in their custody.

Therefore, the Dekalb County Jail permits you to have two free lobby visits per calendar week. However, you will only be able to cash in on one per day. These free visits will only last 15 minutes in length.

You should also know that you will not have any contact with the inmate. All visitation at the Dekalb County Jail is strictly through video calls. This is known as a non-contact visit.