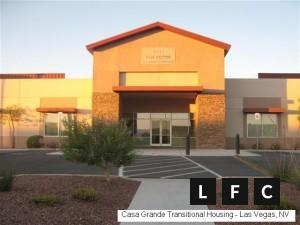 The Casa Grande Transitional Center is known as a state operated correctional facility that operates out of Las Vegas, Nevada.

The Casa Grande Transitional Center is licensed to keep nearly 400 offenders that range from minimum to medium-security levels.

You should know that the Casa Grande Transitional Center is composed of two separate facilities known as the West and East side.

Thanks to the Nevada Department of Corrections, you have an inmate locator you can use to locate inmates who are in the Casa Grande Transitional Center. All you will need is either their inmate identification number or the inmates first and last name to successfully search through the inmate locator.

Inmates in the Casa Grande Transitional Center will need funds for their commissary account. These funds will be used to buy items from the commissary or to buy minutes, so they are able to call home.

Inmates can have visitors on the weekends (Saturdays and Sundays) between the hours of 8:30 am to 3:30 pm. You should note that if you arrive at the Casa Grande Transitional Center after 2:30, you will not be allowed to visit that day. You are required to arrive to the facility prior to 2:30 pm.

City Jail (20)
County Jail (25)
By continuing to browse the site you are agreeing to our use of cookies.