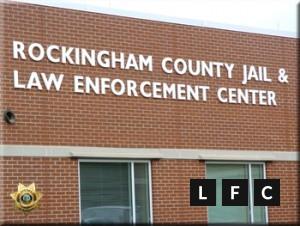 Rockingham County Jail can hold up to 232 inmates at a time and employs 63 full-time employees. There is a total of six housing units at this facility.

The Rockingham County Jail is accredited by the State of North Carolina by the Bureau of Adult Division. They are one of six facilities to hold this honor.

To search for an inmate at Rockingham County Jail, you can call the automated system at 336-634-3236. You will get specific information on the inmate you are looking for such as charges, court dates, and bond information.

All inmates of the Rockingham County Jail may send and receive letters through the U.S. Postal Service.

All mail sent to an inmate at the Rockingham County Jail must include the sender's name and mailing address in the top left corner of the envelope or postcard.

Finally, you can also go into the Rockingham County Jail and deposit money in person.

Rockingham County Jail allows inmates to contact pre-approved friends and family members' phones by calling collect. The recipient is fully responsible for all fees for a collect call.

Rockingham County Jail also uses the third-party company Securus Tech to make phone calls. Go to the website, and set up an account.

The following are some rules regarding inmate visitation at Rockingham County Jail:

City Jail (216)
State Prison (98)
Federal Prison (5)
Federal RRM (1)
By continuing to browse the site you are agreeing to our use of cookies.