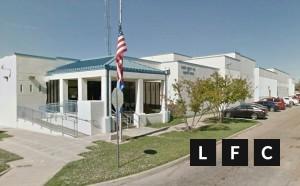 For instance, if the inmate is in and out of court, it may not display the most up to date information. If that is the case, you should contact the Rogers County Jail with your questions, or you can wait a while for the database to update again to show the correct information.

Inmates can receive letters, while they are in the Rogers County Jail. But you should refrain from your letters having any of the following subject matters:

Inmates may also receive soft-sided Bibles. The only catch for sending a Bible to the Rogers County Jail is they will need to be sent to the facility from the supplier and/or publisher.

Inmates can also receive tennis shoes as well, but just like the Bibles, they will need to be sent to the Rogers County Jail from the supplier and/or publisher.

The Rogers County Jail has made it easier than ever for you to deposit money into an inmate's account.

If you do not live local to the Rogers County Jail, you can mail the money order or cashier’s check to the following address:

Inmates do not have many privileges in the Rogers County Jail, but one of their main ones is being able to use the telephone to call home.

Inmates will be permitted two non-contact visits per calendar week. Visits will not be less than 20 minutes. The Rogers County Jail uses this following visitation schedule

City Jail (137)
State Prison (54)
Federal Prison (3)
By continuing to browse the site you are agreeing to our use of cookies.