Sending Mail to an Inmate 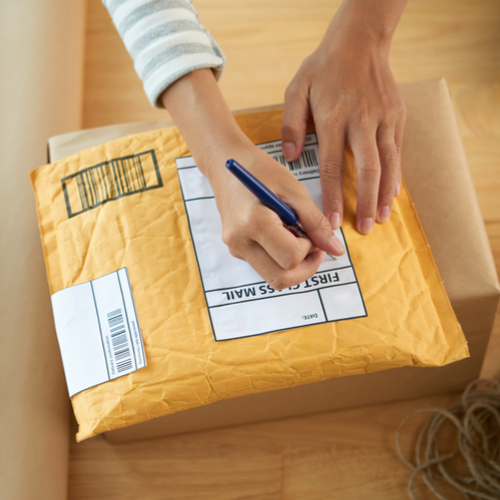 When you are serving time in jail or prison, one thing you look forward to is mail from family and friends. You hear the jingling of the guard’s key opening the door, and you get excited while anticipating any mail he or she may be bringing.

Sometimes getting mail in prison can be slow, but every letter, picture, or book an inmate gets makes his or her day. Sending mail to an inmate is easy—you just need to know the mail rules and regulations of the specific facility where he or she is incarcerated.

If you want to send mail to an inmate, the first thing you should do is search the facility’s webpage to look for standards of sending mail. Each prison is a little different, but most all prisons and jails share some of the same basic rules.

Most prisons and jails share similar rules and regulations, so I will list some of the most common ones.

First of all, all mail is opened and inspected prior to being delivered to the inmate. Make sure you don’t write anything that you wouldn’t want a third party to read.

Most facilities require all mail be sent in a legal or standard sized envelope.

When addressing the envelope, always include your first and last name and full address on the return address. If you don’t, it won’t be delivered to the inmate. Use the inmate’s name and ID number as well. If you aren’t sure of the inmate’s ID number, you can either call the facility or check on the online search databases.

Typically, you should you should format your inmate mail address as follows:

Write clearly and legibly on the envelope, in black or blue ink. Don’t forget to include a postage stamp!

A handwritten letter to an inmate is the perfect gesture to make his or her day. It will only take a few minutes of your time, and it will mean the world to the inmate.

If you want to send a letter to an inmate, here are some guidelines and a few suggestions:

A common question, is “Can I send holiday or birthday cards to an inmate?” Check with the inmate’s facility to be sure, but the answer is usually yes. However, there are policies regarding cards, such as they should not have any “pop out” content or electronics (cards that “sing”). They cannot have any stickers, glitter, or glue. If you want to send a card to an inmate, a plain card is the way to go.

Rules for Sending Pictures to Inmates

Inmates love getting pictures from family and friends. It’s one way they still feel connected to people they love. Most facilities let inmates keep photos during their whole time at the prison.

If you want to send a picture to an inmate, keep these things in mind:

How to Send Books, Magazines, and Newspapers to Inmates

Inmates also love receiving anything they can read, including books, magazines, and even newspapers. Thankfully, all facilities allow books, but they need to be sent directly from the publisher. That means wherever you order the book (Barnes and Noble, Amazon, etc), you should have it shipped directly to the facility. Buying a print book and sending it in a package to the inmate won’t work.

Some other guidelines are that books must be new, and they must be paperback. Any used or hardback books will not be delivered to an inmate. Also, check with the facility on how many books inmates are allowed to have at one time, and don’t send more than that.

As far as magazines for inmates go, the same rules apply. Magazines must come directly from the publisher. Just make sure when you’re shopping for magazines for an inmate, that you send ones that are appropriate. Playboy won’t work. Newsweek or Time should be just fine.

Newspapers can be sent to inmates as well, but like books and magazines, they must be shipped from the publisher.

Sending books, magazines, and newspapers to an inmate is a great idea, because it’s the gift that keeps on giving. They can read it, then read it again and again. It helps pass the time and makes them feel connected to you!

How to Send an Inmate Care Package

If you’re incarcerated, what’s even better than getting letters, magazines, books, and newspapers? Getting a care package! However, because of tightened security in prisons and jails, it is no longer possible for family and friends to send care packages that they assemble themselves.

There is a solution, though. Now, it has become popular for prisons and jails to contract with third-party care package providers. Friends and family can order a care package for an inmate through these companies.

If you want to send your inmate a care package, first check with the facility to see how often inmates can receive them. Also, find out from the facility which providers they use for care packages.

Once you know the rules, you can go online and order a care package for your inmate through the care package provider. Care packages typically contain things like coffee, candy, snacks, personal hygiene items, art supplies, and books—everything that an inmate would want or need.

Things Not to Send to an Inmate

It’s important to know what NOT to send to an inmate. If you send any of the following, more than likely it won’t be delivered to your inmate, and it will probably be returned to you.

As you can see, sending mail to an inmate takes some thought, but it is well worth it. Inmates spend most of their time in their cells, and receiving a letter or book from their family and friends is sure to brighten their day.

By continuing to browse the site you are agreeing to our use of cookies.