Sending Money to an Inmate 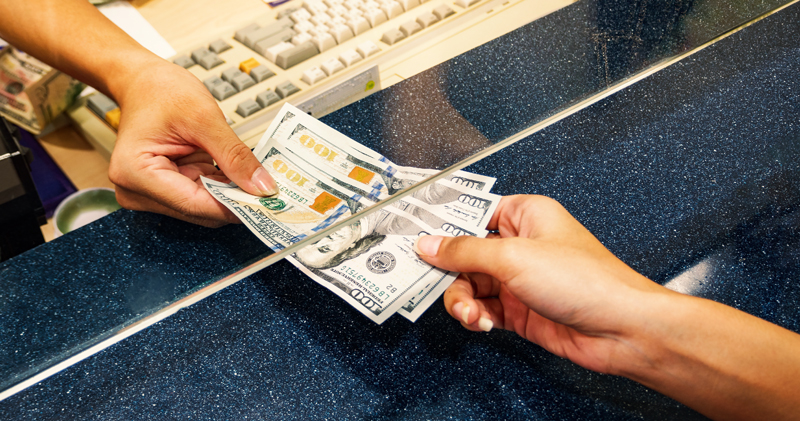 A commissary (also called a canteen) is a store within a correctional institution that sells various items that an inmate may want or need while in jail. Inmates can buy snacks, drinks, paper, pens, hygiene products, books, and even games at the commissary.

Inmates also need money in order to make phone calls. Most of the time, prisons and jails use third party phone services, so that the family and friends of inmates can apply money to the accounts.

In some prisons, inmates are allowed to buy extra luxury items such as digital music players or e-messaging services. This extra technology costs money, of course, so inmates may need funds for these services.

How to Send Money to an Inmate

If you want to send money to an inmate, you will first need to find out what specific facility the inmate is housed in. The first step is to search online for the inmate you are looking for. Typically, you can search for the department of corrections for the state where the inmate is incarcerated.

For example, if you are looking for an inmate in North Carolina, you would go to the North Carolina Department of Corrections web page. From there, you will see an offender search. You can search by the inmate’s first and last name or inmate ID. You will then see the inmates listed and you can choose the one you are looking for. Their information, including which prison they are in will be listed, and from there, you can search for the specific institution.

Do note that sometimes county jails are not listed on the Department of Corrections pages. In this case, you can go a county jail search to find the inmate you are looking for.

Once you find the prison or jail, search for the facility’s webpage. On the webpage, how to send money to an inmate should be addressed.

Here are a few common ways that you can send money to an inmate:

To send money with the app, open the Western Union app on your mobile device. Register for an account, and then log in with a username and password. Select “send money to an inmate,” and then follow the steps to find the inmate you are sending money to. Finally, enter your debit/credit card, and your deposit will be send their way!

If you want to send an inmate money online, you can go through the Western Union website. You will need to log in and register for an account, fill out the required information, and pay with your debit/credit card. You will then receive a confirmation email with your tracking number.

In order to fund an inmate’s account by phone, just call 1-800-CALL-CASH (1-800-225-5227) and follow the prompts that require information on the inmate. Have your debit/card ready, and when you are finished, save your tracking number as proof of payment.

Prefer to make payments in person? No problem. You can simply find a nearby Western Union agent location. (There are over 47,000 locations across the country). Provide the agent with the name of the inmate and the facility. Pay using cash or a debit card and you’re done!

To find out more about sending money to an inmate via Western Union click here.

Another way to send money to an inmate in jail is through the provider, MoneyGram. MoneyGram is a well-known provider that many facilities use. Just like Western Union, it’s easy and efficient to use. You will need the inmate’s name and their correctional ID as well as the facility name or the MoneyGram receive code.

There are two ways to send money through MoneyGram:

One way you can send money is online through MoneyGram website. You will need to make an account with a User ID and password, search for the inmate/facility, and send funds using your debit/credit card. There is also a MoneyGram app you can use if you wish to use that.

If you would rather find a MoneyGram location and pay in person, search this locator for one near you. You can pay with cash or a debit/credit card, and funds are usually posted to an inmate’s account within 1-2 business days.

Another popular third-party provider that many prisons and jails use is JPay. JayPay, also known as Securus Technologies Company, is not only used to send money, but you can set up a phone account, use email services, and video visitation.

In order to send money an inmate using JPay, go to this webpage. You will search for your inmate, with his or her first name, last name, and inmate number. Then you will either add them to your JPay account, or start a new account. You will then have the option to send money via a credit card electronically through the website. Do note that at this time, JPay only accepts credit cards as forms of online payment.

Transfers through JPay usually post to the inmate’s account by the next business day. JPay is an online trusted company used by facilities all over the United States.

If Access Corrections is the method you are using to send money, do note that there are also lobby deposit kiosks at the prisons/jails that use this company. The kiosks accept cash, credit cards, and debit cards. Make sure you call the facility ahead of time to make sure that this is an option as it is not available in all prisons and jails.

Most facilities will allow you to walk in and make a deposit to put on an inmate’s account. If you prefer this method, then go for it. Make sure you call the facility ahead of time to make sure that you know how they accept payments—some prisons and jails only take money orders or cashier’s checks.

Sending money to an inmate is easier than ever, and your inmate will thank you. Being incarcerated is no fun, of course, and it is nice to know that someone cares enough to help you while you are serving time. Regardless of the way you fund an inmate’s account, just know that you are doing something nice for someone!